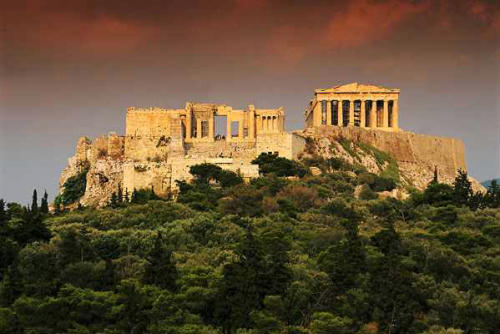 Day 1: ARRIVE ATHENS
Arrive at the Athens International Airport, we will welcome you and transfer to the centre of Athens to check into your hotel having the rest of the day free to relax or take a stroll along the streets of Athens to enjoy the flavour of the city. Overnight.

Day 2: ATHENS
In the morning, we will visit the Acropolis. For twenty five centuries, the panorama of this city is dominated by the rock of the Acropolis; we see the ruins of the Parthenon, the Erectheum and the Propylae. Afterwards, we will ascend Mars Hill where Paul spoke to the ancient Athenians about the one and only God. From here we have an 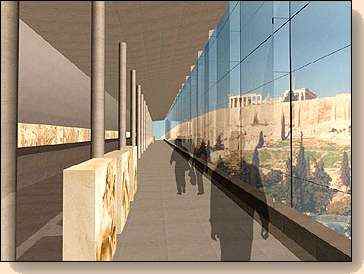 excellent view of the ancient agora; former center of the Athenian public life. We continue for a drive through the city to see the House of Parliament on Syntagma Square where the Evzones in their picturesque uniforms guard the Tomb of the Unknown Soldier and the Presidential Palace. We will also see the Library, the University, the Panathenaic Stadium where the first Olympics of the modern era were held, the temple of the Olympian Zeus and Adrian's Arch.

In the morning transfer to the port of Piraeus, in order to board the luxurious cruise-ship to the quaint isle of Mykonos. Experience the waterfront lined with shops and cafes and then stroll the charming walkways through a maze of whitewashed buildings before returning to the ship for dinner and evening entertainment. 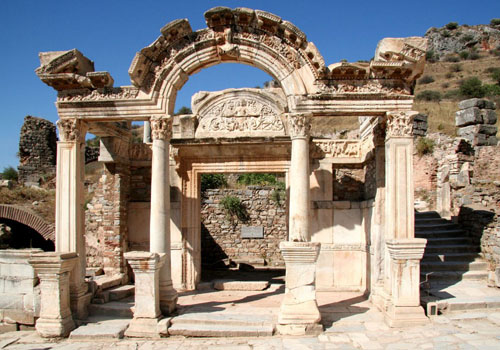 Day 4: EPHESUS and PATMOS
Docking in Kusadasi, enjoy an optional tour of EPHESUS, the city of the Bible and one of the largest restorations still in progress with miles of ancient treasures. Ephesus was once a thriving port town of 250,000 people. Today you can still see the spectacular excavations of the major streets in this ancient city. We'll view the Library, Agora, Temple of Artemis and visit the Basilica of St. John. The basilica is believed to be the site of the grave ofJohn. From here we'll also enjoy a panoramic view of the area. This afternoon we visit the Isle of Patmos, under statutory protection as a historic monument. Here we have a optional tour to see the fortified monastery of St. John and the cave claimed to be where John received the Revelation. Back on the ship, enjoy the Captain's dinner before settling in to your cabin for the night. 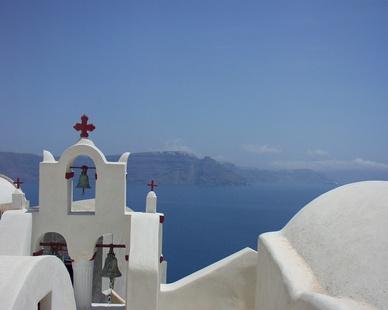 Crete is the largest and the most rugged of the Greek islands. Take an optional tour to Heraklion and the fantastic ruins of the Palace of Knossos. Discovered in 1899 and partially reconstructed, the elaborate Palace is believed to be the mythical Labyrinth of King Minos and the seat of ancient Minoan culture. This afternoon visit the island of Santorini which is perhaps the most breathtaking of all the Greek Islands. The town of Thira where white-washed houses, narrow streets, open-air cafes and glittering boutiques cling to steep cliffs, is accessible by foot path, cable-car or mule. You may choose to take an optional tour of sailing around an active volcano crater and swimming in the water heated by hot springs or enjoy this lovely island on foot. Again we return to the ship for dinner and evening entertainment.

Day 6: Disembark Cruise – ATHENS
We disembark the cruise this morning and transfer to Athens, A short walk from your hotel is the famous Plaka with a multitude of shops and cafes. Day Fre 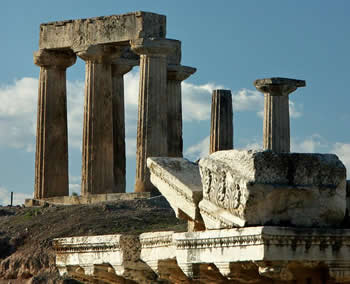 e to enjoy a walking tour around the old city.

Day 7: CORINTH and MYCENAE
Following breakfast this morning we depart from Athens and travel west with a short stop at the Corinth Canal. We then travel to the ancient city of Corinth, another treat for the New Testament scholar. Corinth is the city that inspired many of Paul's most familiar letters. See the Archaeological Museum, the Market Place, the Bema, and the Temples. To enjoy a devotional in the midst of the ruins of the church of Corinth and see the pillars, steps, and public worship place where Paul preached will enhance your understanding and love of I & II Corinthians. The ruins of this important cultural centre are fascinating as we walk along the stone path that the Apostle Paul walked. The engineering skill and intellect of these people are evident in the water systems that still flow from ancient to modern day. Our guide will be sure to show you the room dedicated to the medical care of that period. After the visit to ancient Corinth we travel to Mycenae where the remains of the ancient city date back to the Bronze Age to see the famous Lionesse Gate, the Tomb of Agamennon in the shape of a Beehive, and many other sites before continuing back to Athens.

Day 8: Homeward Bound
We transfer to the airport for our flight back home.